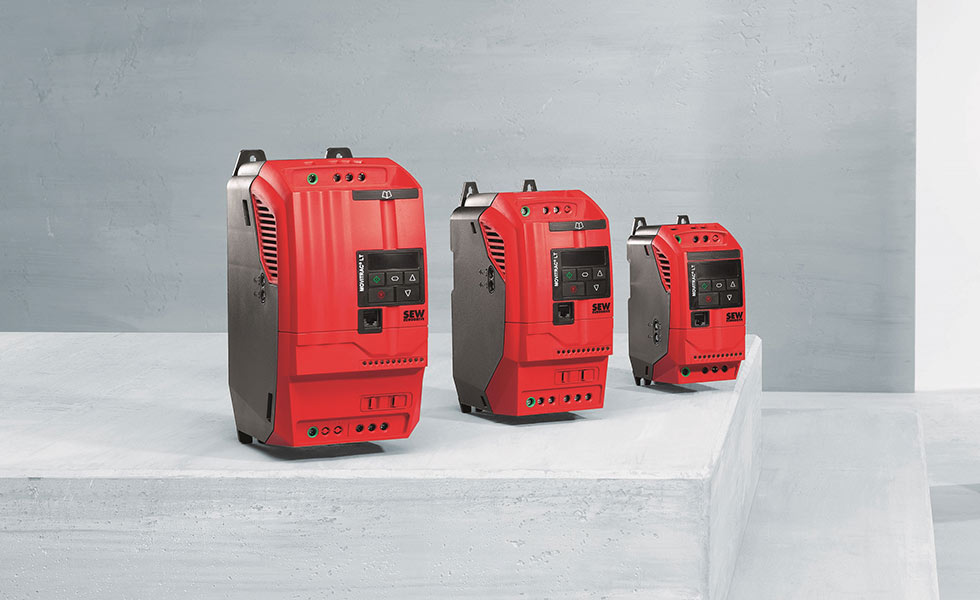 Frequency inverters are electronic devices that let you control the speed of an three-phase motor.

In the case of direct supply from an AC voltage network, electrical machines or three-phase motors only have a fixed speed. The installation of a frequency converter makes it possible to deliver an AC voltage that varies in amplitude (output voltage level) and frequency from a constant AC voltage.

If electric motors or AC motors are operated directly from an AC voltage supply system, they can only avail of a fixed speed. Installation of frequency inverters can generate an AC voltage that is variable in amplitude (the output voltage level) and frequency from a constant AC voltage. Connected upstream of a motor, the frequency inverter takes controls the output frequency and output voltage. You can change the speed of a motor from practically zero to your required nominal speed and have access to a significantly greater speed range.

A frequency inverter also allows you to directly switch the direction of rotation. A simple control command is sufficient to change the phase sequence. The downstream AC motor then turns in the opposite direction.

Inverters for hoists and overhead gantries

The hoist and overhead gantry inverters allows automatic adaptation of lifting and steering speeds. Thanks to these devices, plant operators are considerably able to reduce installation times and have several possibilities for designing their plants in a modular way and independently of the control cabinet.

From basic inverters to standard inverters or application inverters, to modular servo inverters, we offer you an extensive range of drive electronics for centralized installation.

Lower-priced option for centrally installing frequency inverters is wall mounting if you wish to avoid to buy an expensive control cabinet. Our frequency inverters are suitably designed with a degree of protection from IP 54 to IP 66 (for dusty and damp ambient conditions).

SEW-USOCOME drive inverters are provided with a CE conformity Certificate